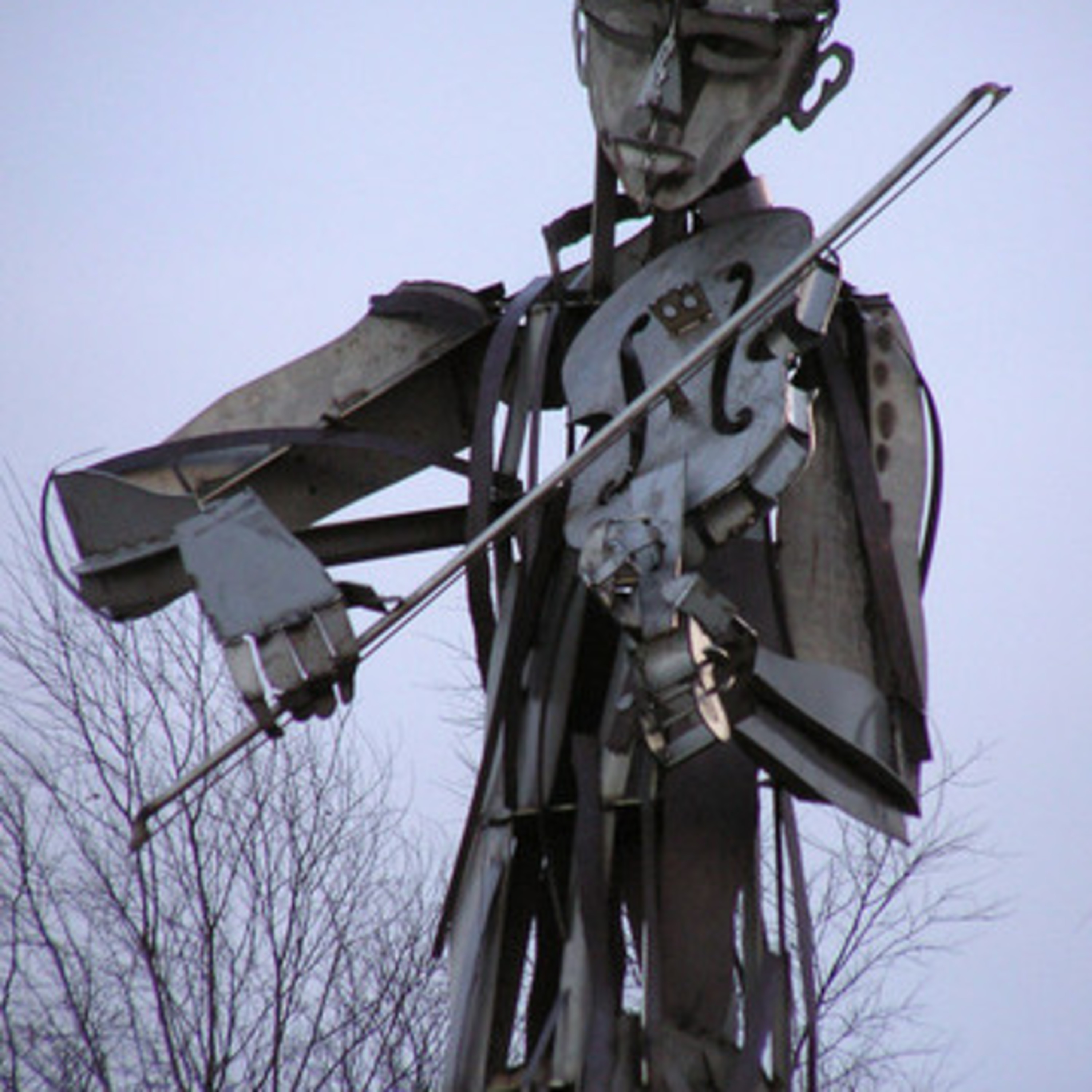 Trade Song (Podcast Title) Podcast Topic: World Fiddle Day and Canadian Tunes Fiddles and string sections... For World Fiddle Day, coming Saturday May 21st... Local fiddle expert and driving force behind World Fiddle Day, Anne Lederman was kind enough to drop by. She talked about fiddle styles across Canada, at least from Newfoundland to Manitoba. Anne also recorded hundreds of Metis fiddle tunes on multiple occasions in the 1980s. Before the show we talked briefly about some of the hassles of preserving taped music, a topic I hope we might discuss some other time. On a taping related note, I described one Gaspe fiddler, renowned locally, especially in his native Douglastown. Erskine Morris recorded himself playing around Douglastown and the Gaspe peninsula from the late fifties to the early nineties. He played dances, parties, family reunions, all sorts of shows, and his wife copied his tapes and mailed to friends and fans of old time Gaspe fiddling. Copies of These tapes are scattered around the continent, providing many people with a taste of authentic old time fiddling. These tapes never seem to have been collected per se, at least not by date- obsessed completists who collect other styles of live recorded music. I suspect there is a vast trove of small- f folk music, informally recorded, which never circulated too far beyond the makers of the music and one wonders what great and / or interesting music might be waiting for more people to discover it. There is some confusion about some of the songs titles played, as the tracks were often untitled on the material availed to me for this edition of Veritable Infusion. Track list- Jughead- Wabash Cannonball, Ace of Spades- Jughead played a rare one-off gig Sunday at the Cadillac Lounge with the Good Family. Good times... Rufus Guinchard- Lizzie's Jig - from the French West Coast of Newfoundland Colin Grant- Tune for Jerry - Cape Breton fiddling Ti'Jean Carrignan- a couple of instrumentals including the Duke of Lengster Shane Cook and Jake Charron- from Ontario Anne Lederman- live in the studio- the Cry of the Loon (Grandy) and The Trade Song & Bacon Ridge (Grandy)- Anne and I also talked between songs, she worked in a few fiddle demonstrations and explained the differences between reels and jigs... Metis fiddle archive box- disc 1 track 1 Jarvis Benoit- Daisy And now we leave Canada for... The Earl Scruggs Revue- Everybody Wants to Go to Heaven... live, Sept. '72, feat. vassal Clements on fiddle- Showdown- The Devil Went Down to Georgia- Alberta style! David Allen Coe- The Devil Went Down to Jamaica- love the art hate the artist Bo Diddley- Gunslinger, Eastern Thang- Bo live with a fiddle in an experrymental mood in San Francisco, 1966 P-Funk All Stars- Never Gonna Tell It feat. Lilly Hayden, live France 2005 Funk Brothers- Papa Was a Rolling Stone- Instrumental- the string section uncredited... But what a string arrangement on this classic! Etta James- One for my Baby Irma Thomas- Anyone Who Knows will Understand Sammy Davis Jr- Take My Hand 4 Tops- It's All in the Game Linda Balintine- You're a Hard Habit to Break American Gypsy - Inside Out *Eddie Spencer- If this is Love- Toronto tune, with Detroit backing track- featuring a spare string arrangement... Sly and the Family Stone- introducing his fiddle player in Lawrence Kansas, 1974... (* = Canadian) Veritable Infusion: CIUT.FM Mondays 8-10pm, A party featuring rare cuts of funk, reggae, jazz, soul, blues, traditional & modern African music. Your donations pledged through paypal go 100% directly to CIUT.FM fund-drives and support community Radio. Original Broadcast: May 16, 2015