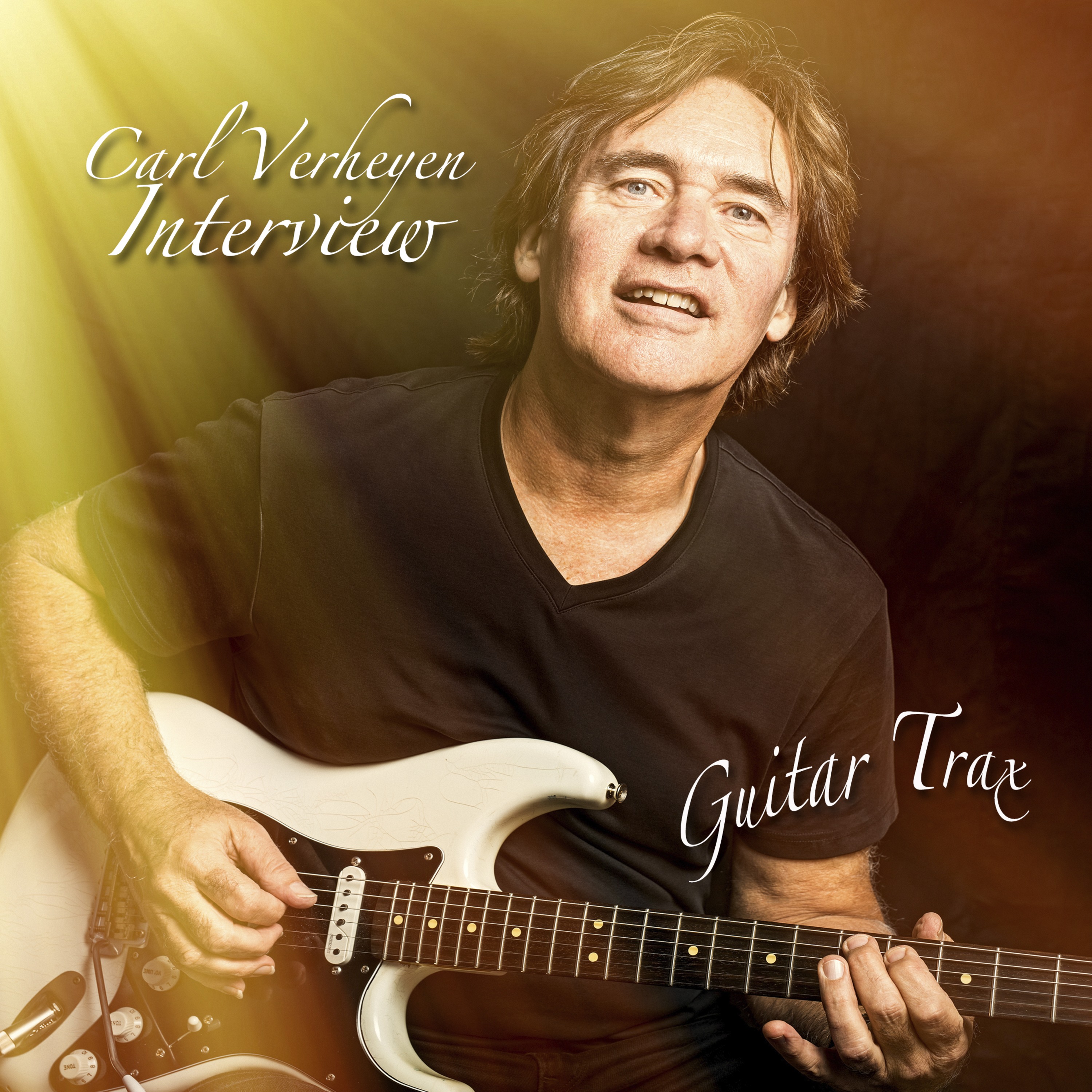 A member of the British rock group Supertramp since 1985, Carl has played to millions of enthusiastic fans in sold out arenas worldwide. In his 50-plus years of playing the instrument, Carl has created a wildly successful, multi-faceted career. He is a critically acclaimed musician, vocalist, songwriter, arranger, producer and educator with fifteen albums and two live DVDs released worldwide. Carl is commonly regarded as a guitar virtuoso capable of playing any style of music with remarkable mastery and conviction. He has been one of LA’s elite “first call” session players for the past 38 years, playing on hundreds of records, movie soundtracks and television shows. As a solo artist, Verheyen has graced the pages of countless industry publications and been the subject of numerous articles chronicling his rise to the forefront of the modern day guitar scene.
GUITAR TRAX hosted by Brian Tarquin featuring in- depth interviews with today’s hottest guitar legends and airs every Monday night from 10pm-12pm on WFIT 89.5FM on the Florida space coast and can be streamed on WFIT.org. In 2019 Tarquin received a Global Music Gold Award for his release Orlando In Heaven for “Best Album.” Three years in a row (2016-2019) Tarquin received “Best Album Of The Year” nominations from the Independent Music Awards for his releases Guitars For Wounded Warriors, Orlando in Heaven and Guitars for Veterans. On which, Tarquin shows his guitar prowess along side such world-class shredders as: Steve Morse, Larry Coryell, Mike Stern, Billy Sheehan, Gary Hoey, Bumblefoot (Guns N’ Roses), Reb Beach (Whitesnake), Hal Lindes (Dire Straits), Chris Poland (Megadeth) and Chuck Loeb (FourPlay). In 2006 SESAC honored him with the Network Television Performance Award. Tarquin has graced the Top Billboard Charts with such commercial releases as: This is Acid Jazz, Vol. 2, Sweet Emotions, and Bossa Brava: Caliente on Instinct Records, followed by several solo jazz albums, which charted Top 10 at Smooth Jazz Radio R&R and Gavin charts. Brian has appeared on 38 releases, selling over 140,000 records in his career.