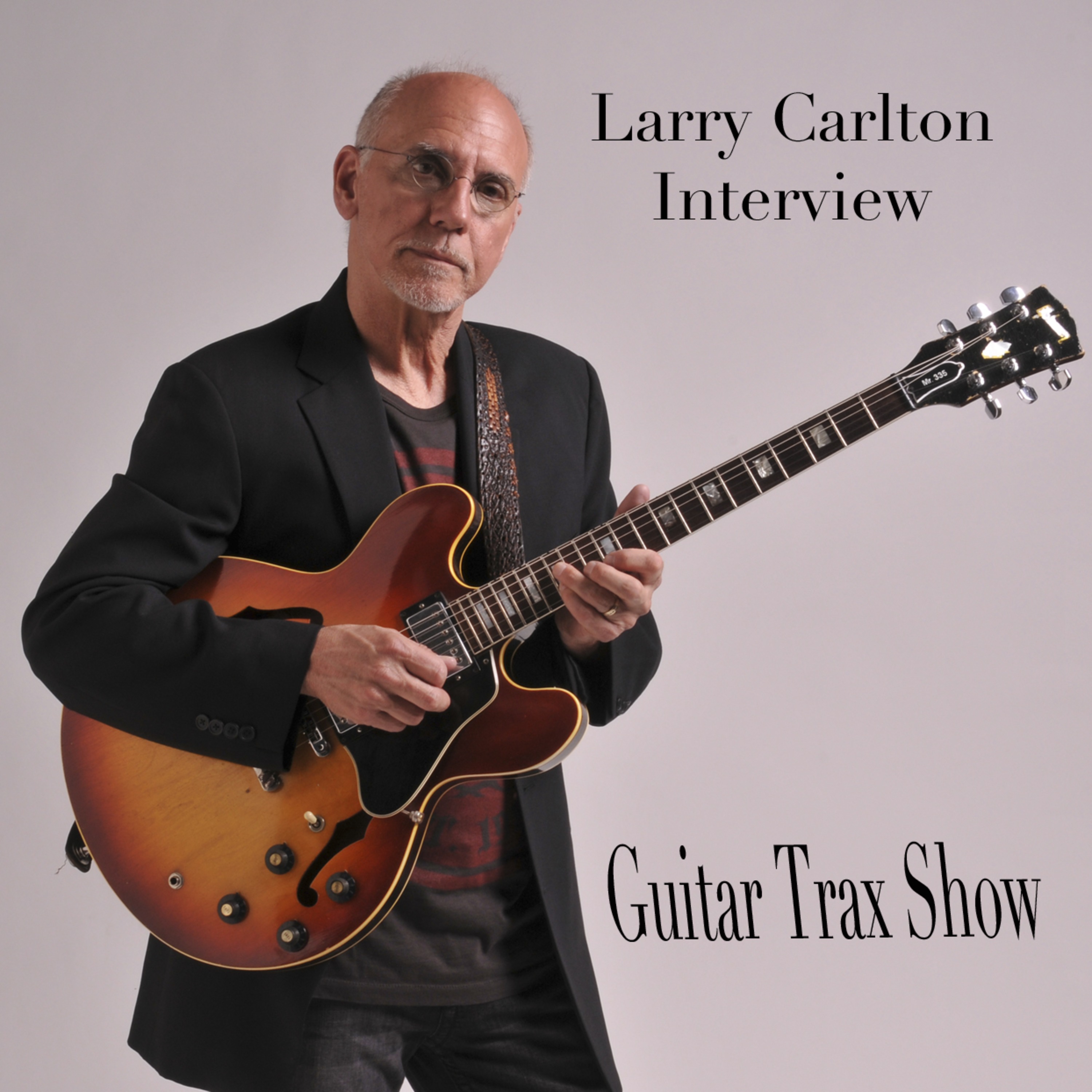 Grammy winning guitarist Larry Carlton built his career as a studio musician in the 1970s and '80s for acts such as Steely Dan and Joni Mitchell. He has participated in thousands of recording sessions, recorded on hundreds of albums in many genres, for television and movies, and on more than 100 gold records. He has been a member of the jazz fusion group the Crusaders, the smooth jazz band Fourplay, and has maintained a long solo career.
GUITAR TRAX hosted by Brian Tarquin featuring in- depth interviews with today’s hottest guitar legends and airs every Monday night from 10pm-12pm on WFIT 89.5FM on the Florida space coast and can be streamed on WFIT.org. In 2019 Tarquin received a Global Music Gold Award for his release Orlando In Heaven for “Best Album.” Three years in a row (2016-2019) Tarquin received “Best Album Of The Year” nominations from the Independent Music Awards for his releases Guitars For Wounded Warriors, Orlando in Heaven and Guitars for Veterans. On which, Tarquin shows his guitar prowess along side such world-class shredders as: Steve Morse, Larry Coryell, Mike Stern, Billy Sheehan, Gary Hoey, Bumblefoot (Guns N’ Roses), Reb Beach (Whitesnake), Hal Lindes (Dire Straits), Chris Poland (Megadeth) and Chuck Loeb (FourPlay). In 2006 SESAC honored him with the Network Television Performance Award. Tarquin has graced the Top Billboard Charts with such commercial releases as: This is Acid Jazz, Vol. 2, Sweet Emotions, and Bossa Brava: Caliente on Instinct Records, followed by several solo jazz albums, which charted Top 10 at Smooth Jazz Radio R&R and Gavin charts. Brian has appeared on 38 releases, selling over 140,000 records in his career.

9d ago1w ago
Subscribe
Unsubscribe
毎日+
Barry first found music when he borrowed his sister's record collection when he was about eight and was hooked. When Caroline started it was a new beginning, and he listened to all the stations, but Caroline was his favourite by far. Later he became a singer in a band, then started doing discos when he was 18. He joined Caroline in 1977, touring the country with the Caroline Roadshow for 10 years, having great fun. Barry helped with tender trips and worked on the Ross Revenge in '84 and '85. ...
R
RA Podcast

32m ago32m ago
Subscribe
Unsubscribe
ウィークリー
Nothing but the blues, from the earliest to the latest, all genres
T
Too Much Rock

4d ago4d ago
Subscribe
Unsubscribe
ウィークリー
The Too Much Rock podcast is a 30-minute journey through the weekly music acquisitions of its creator. It may feature power pop, indie rock, post punk, indie pop, or any other named or unnamed genre.
R
RA Exchange

14h ago14h ago
Subscribe
Unsubscribe
毎日
Real Punk Radio podcast Network brings you the best in Punk, Rock, Underground Music around! From Classic Oi!, Psychobilly and Hardcore to some Classic Rock n Roll and 90's indie Alt Rock greatness!! With Tons of Live DJ's that like to Talk Music From Garage Rock, to Ska.. We are True MUSIC GEEKS!
T
That's Not Metal

12h ago12h ago
Subscribe
Unsubscribe
ウィークリー
The world’s best rock & metal podcast bringing you all the latest news, cutting edge opinions, honest reviews and laughs every Friday. 100% passion, 100% honesty, 100% of the time. Join us. @notmetalpod on Twitter & Instagram. Come join the discussion with a likeminded community of music fans on the That's Not Metal Facebook Focus Group www.facebook.com/groups/TNMFocus/.
I
Ignite Radio